At Cardiff University, Alix has developed and taught three courses as part of the English Literature undergraduate and postgraduate programs. Each of these courses emerges from and feeds into her research, while also incorporating creative pedagogy and assessment. The woman as image, as icon, as object: the history of literature and film is replete with female figures who hover between personhood and objecthood. Object women live and die by the whims and desires of the male protagonists who still stand at the narrative centers of our cultural imagination. But object women, in the view of this module, are also women who object, who resist their objectification in unexpected ways. This module draws on key theories in feminist studies — including the notions of the male gaze and of female masquerade, as well as newer theories that connect issues of gender to issues of race, sexuality, ethnicity, and class — in examining a series of literary and visual texts, mostly from the turn of the century to the 1960s. As we uncover various tropes of the object woman in this period, we will explore how literature and film stage the possibilities for women to circumvent their objectification. The final two weeks of the course are given over to discussion of two contemporary texts that have elicited heated debate for their representations of women: Beyoncé’s Lemonade: The Visual Album (2016) and George Miller’s Mad Max: Fury Road (2015). 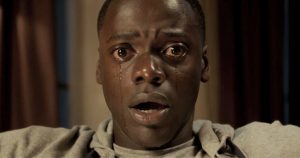 Representing Race in Contemporary America (Third year undergraduate)
This module explores contemporary representations of African American experience — from literature and film to popular music and television — in the context of a longer history of African American cultural production. It pairs very recent works such as Paul Beatty’s satirical novel The Sellout, Jordan Peele’s horror film Get Out, rapper Kendrick Lamar’s magnum opus To Pimp a Butterfly, and comedian Issa Rae’s HBO show Insecure with others dating from the second half of the twentieth century. In examining these modern and contemporary texts in conversation with one another, we will explore how authors and makers work with and against established traditions and genres. Our discussion of issues of identity and inequity will approach race in connection with other forms of social difference, such as class, gender, and sexuality.

Writing Women (Masters)
This module considers writing women in the twentieth century, in two senses: first, the writing of women into — and out of — literary histories; second, the writing produced — and not produced — by women. By reading a selection of classic and contemporary feminist essays on the problematic figure and marginal position of the woman writer or artist in history, we will work through some of the institutional and sociopolitical realities that have limited or frustrated women’s attempts to produce literary works and, at once, to be appreciated as authors. We will then seek to develop an ethically and historically informed hermeneutic for reading experimental modernist prose writing by women. Our discussion will attend to the representations of women in these texts, while also broaching issues around these texts, including the lived practices of creative labor, the variable, ongoing processes of canonization, and the phenomenon of literary celebrity. The final few weeks of the module will focus more closely on the politics of memorializing women writers by pairing literary texts with films that adapt or otherwise engage those texts.

Course syllabi are available on request.